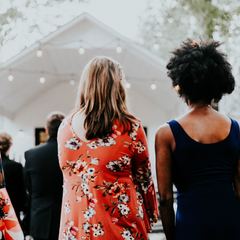 Pastor Leland came to know the Lord as his personal Saviour in his pre-teen years.  He surrendered to preach in the summer of 1998.  From 1998 to 2005 he served at Maranatha Baptist Church (later changed to Grace Baptist Church).  While there, he filled positions as they were needed including Music Director, Youth Pastor, and later Asst. Pastor.

In 2005, Pastor Leland and his wife Penny moved to Denver City, TX to finish his degree in Kinesiology.  While there they assisted in many ministries at Faith Baptist Church.

In 2013, Pastor Leland took the Youth Pastor position at East Side Baptist Church in Big Spring, TX where he and his family served until he was called as pastor of Bethel in 2016.

In October of 2016, Pastor Leland and his family moved to Brownfield and became the pastor of Bethel Baptist Church, and the Lord has continued to bless our church under his leadership.

Pastor Leland has been married to his wife Penny 19+ years.  They have 3 young children who also participate in their ministry.